While US Constitution and free market capitalism set the the foundations for American prosperity, it took a rugged, passionate, free people to build it. From George Washington to George Washington Carver to millions of other Americans, the United States was carved out a continent of forests that seemed to go on forever, fertile plains, vast mountain ranges and scorching hot deserts.  Over time American frontiersmen and settlers forged a country that seemed to have all of God’s blessings in abundance.

Conditions were rarely easy for most Americans throughout most of our history. Coal miners spent 12 – 16 hour shifts in dangerous coal mines in which they sometimes couldn’t even stand. Frontiersmen built a homestead and a farm out of a thick Appalachian forest while fighting brutal winters and a tenacious Indian population. Slaves toiled for years at backbreaking work during freezing winters and boiling summers. At the end of the 19th century over 50% of Americans still lived and worked as farmers, a far more dangerous job than most people understand. The industrial revolution brought sweatshops and drove a thirst for steel, trains and petroleum. 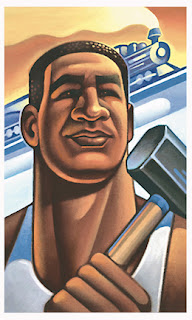 Go back a little more than one generation ago and it seems like Americans were something of another species. They appear to be relative supermen. In 1970 there were 78 million people working in the United States. At the same time there were 1.5 million people on Disability Insurance. That means that one person out of every 53 workers was on Disability. Fast forward 4 decades and it seems as if the world has turned on its side. By 2012 the number of Americans working had risen by 82% to 143 million people. During that same period however, workers receiving disability insurance skyrocketed up 491% to 8.8 million. Today, instead of one out of every 53 workers being on disability, it’s one in sixteen! That number is particularly interesting because the United States of 1970 was a far grittier place than the United States of 2013.

First off, the United States in 2012 is a much different workplace than the one that existed in 1970. In 1970 fully 25% of the American workforce worked in manufacturing while only 30% of employees worked in the service industry. Today, less than 10% of the American workforce works in manufacturing while over 50% of workers work in the service industry. Given that designing a website, taking an order at Red Lobster or greeting a guest at the front desk of a Marriott is generally less dangerous than welding together various pieces of a Lincoln Town Car or operating a blast furnace at a USX steel plant, America should be a safer place to work. And indeed it is. The death rate for American workers in 1970 was 18 per every 100,000 workers. By 2010 that rate had dropped to 3.6 deaths per every 100,000 workers, a decline of 80%.

But of course work is not the only place where one gets hurt. Today, virtually everywhere Americans go everything seems safer. Cars have seatbelts, antilock breaking systems and a plethora of airbag options. Houses have GFCI circuit breakers in bathrooms and kitchens and smoke detectors in almost every room. Lawn darts are but a distant memory and towns across the country require helmets for bicycle riding and virtually every appliance and medicine comes plastered with book length warning label. At the end of the day, America has become a far safer place to live and work than it has been at any time in its history.

Somehow, however, despite that much safer America, the number and percentage of people listed as disabled and receiving disability payments has skyrocketed.

“ Since the economy began its slow, slow recovery in late 2009, we’ve been averaging about 150,000 jobs created per month… In that same period every month, almost 250,000 people have been applying for disability.” So the world has changed so much that Americans are now seeking disability benefits at a 60% faster rate than they are getting new jobs! That is a staggering statistic.

How is that even possible? Have Americans become weaklings, unable to stay healthy. Has some unknown affliction made us incapable of working? No. There is an affliction, but it’s not biological. It’s called the nanny state. From judges who rubberstamp virtually every claim they ever see to 34% of applicants who have musculoskeletal injuries, which conveniently enough cannot be detected by doctors, to outright fraud (more)(more)(more) and states seeking to shift costs to the federal government, the program is a symbol of much of what is wrong in America in 2013. Indeed, in some places 1 out of 4 workers (or former as the case might be) is on disability.  The worst thing about this dysfunctional program is that the fraud keeps people who are in real need of help waiting in line, sometimes to die. 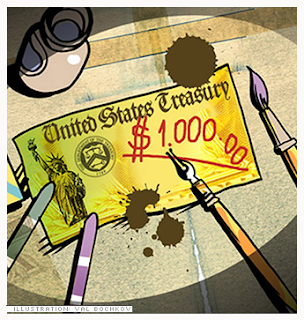 When government decides to play the role of caretaker and redistribute wealth from workers to everyone else, it should come as no surprise that many people will choose to jump from the working pool to the everyone else pool. For more proof just look at the food stamp program over the same 40 year period. While the population increased by about 30%, workers by 82% and disability by 491%, food stamp recipients grew by 1,000%!

The economics of the welfare state, including the “disability industrial complex” cannot be sustained. If the record of the last 40 years were to be repeated over the next 40, in 2050 the country would have 260 million workers supporting 43 million people on disability and 450 million people on food stamps. Those numbers are simply not sustainable, but you wouldn’t know it by the administration’s push to get more people to apply for benefits.

American workers and entrepreneurs have together created the greatest wealth and prosperity the world has ever seen. At some point the spirit that helped forge a nation out of a continent and dot it with jewels like the Empire State Building, the Hoover Dam and the Golden Gate Bridge will reemerge and shout “I’ve had it and I’m not going to take it anymore!” American shoulders may indeed be broad, but the head which sits above them is not suicidal. At some point Atlas will shrug, the question is will it be in time to save the country…
Posted by Imperfect America at 3:10 PM