Illegitimacy: America's racist past and present dooms its present and future...

I recently got into a lengthy discussion with some friends that makes me wonder how much longer the country can survive. Why? Because of such starkly different views on the nation, our history and the role of government. Frankly, I've never felt so bewildered in my life as to how people looking at the same information can come to such differing results… and I’ll point out, most of my interlocutors were white liberals.

The original catalyst for this discussion was Ferguson, MO. Almost immediately upon the killing of Michael Brown various friends posted comments on Facebook or linked to pieces discussing the disparity in the way blacks and whites are treated by cops. I was told by a black friend that a black man knows that every time he encounters a cop, regardless of the circumstances, his life is in danger. That cops can and do regularly stop, harass and abuse black men for no other reason than they are black. Ferguson and Brown were just the latest example of that racist reality.

I expressed some incredulity. While I suggested that it might be in fact true that police had a more heightened sense of awareness when dealing with blacks, I posited it might have more to do with the fact that black men, while they make up about 6% of the population, are responsible for approximately 40% of the violent crime in the country than racism. Somehow that didn't seem to fly. "No" that could not be the cause of the disparity. It had to be the racism on the part of some cops and the institutional racism on the part of the institutions that make up our justice system.

I further posited that even if it were the case that black men received a heightened level of attention from police, they could usually minimize the possibility of a negative outcome by being polite, respectful, and, even if they thought they were being unconstitutionally stopped, wait until afterward to file a grievance rather than get into a Constitutional argument and altercation with the officer who’s both worried about his own safety and that of the public. Indeed, I suggested that was likely good advice for anyone, black, white or otherwise, and it was the opposite of what Rodney King had done and increasingly what Michael Brown appears to have done. In hoping to lighten the tone somewhat I linked to Chris Rock’s great “How not to get your ass kicked by the police!” which is funny, but it makes some very good points as well. That didn’t seem to fly either.

The discussion devolved into suggestions that the United States always is and always has been a fundamentally racist country where whites have privilege (that they refuse recognize or acknowledge) and blacks are fundamentally unable to succeed. That was untrue on its face I suggested. To support the former they pointed to the Constitution. I explained that – while slavery is indeed a stain on the American history – the fact of the matter is that the 3/5 compromise was the only way that the Constitution could have been ratified, and that the Constitution put a stop (in 1808) to the importation of slaves, which had the impact of making slaves more valuable to their owners, and thus less likely to be literally worked to death as happened in far greater numbers in the Caribbean or South America where replacement slaves could be brought in without constraint. In addition, I pointed out, while some Founding Fathers such as Washington and Madison did own slaves, many others did not, including John and Sam Adams, and Ben Franklin freed his slaves and became the president of the Pennsylvania Abolitionist Society. In addition, a quarter of a million whites died during the Civil War to end slavery and save the Union.  I was told I was an apologist for slavery and the Founding Fathers...

I then pointed out that in this racist country where blacks can’t succeed, blacks not only dominate the ranks of sports and recording artists, but are CEO’s of such great American companies as McDonalds, American Express, Xerox, and Merck… and of course Barack Obama was elected to the most powerful position on the planet, twice!

There are certainly examples of cops misbehaving and sometimes abusing blacks – and others. We see those videos regularly. But those are the man bites dog stories because the majority of instances do not include abuse and we don’t hear about them. With over half a million cops on duty in the United States every day, even if it were 10 videos a day of such behavior, that would be a drop in the bucket of police interactions with citizens. (That doesn’t mean that it shouldn’t be dealt with when it arises however.) 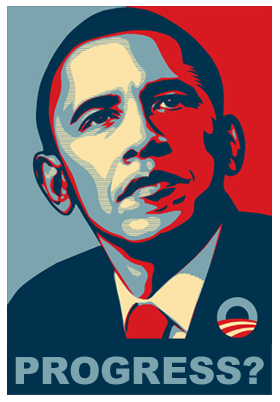 And here’s the problem that makes one think that the country just might be doomed. Despite the fact that slavery has been gone for 150 years and Jim Crow for 50, despite the fact that there are 35,000 black millionaires in the United States, America is apparently a place where blacks cannot succeed. Despite the fact that blacks have achieved some of the highest positions possible in Fortune 500 companies, been elected or appointed to the highest positions in the land, dominate a variety of entertainment arenas, America is a racist nation where blacks can’t succeed. Finally, because our Constitution was an imperfect document which made only baby steps towards ending slavery 226 years ago, America is forever doomed to be a racist nation.

It appears to be the case that there is nothing that whites or that the nation can do that will satisfy those who are focused on race.  From 50 years of government set asides and redistribution to a plethora of regulations mandating “diversity targets” in everything from home loans to staffing to college admissions, it never seems to be sufficient to atone for the country’s imperfect history. Increasingly it's becoming evident that there is a large and growing segment of the population that refuses to recognize that progress occurs, even while imperfection persists.

Unfortunately for the nation, as long as the Constitution is our foundation and an apparently racist white majority remains, blacks (and a growing list of other oppressed groups) have no chance of success and therefore everything in the country, from laws to property to achievement, are illegitimate. And of course, once something is deemed illegitimate it's open to being used or taken by the government to satisfy the demands of the dispossessed. Illegitimacy is rarely a good foundation for a well functioning representative government.  As the ranks of those focused on identity politics grow, calls for government action grow along with them... such things do not bode well for America’s future.
Posted by Imperfect America at 2:20 AM