Donald Trump is the Canary in the GOP Coalmine

Donald Trump is performing a very important task for the GOP… he’s an indication that the brand still has a pulse. Not much of one… but it’s there.

Americans are fed up with Republicans, particularly the establishment types. How do we know? Because twice in the last six years a majority of voters elected Barack Obama as president. In both cases Obama won against the establishment’s to carry the party’s water. John McCain, while strong on defense and right on the Surge, was wrong on much else including campaign finance reform and immigration, and he refused to highlight the anti-American friendships of Barack Obama. Similarly, while Mitt Romney was right on Russia and China, he was hardly a conservative, having implemented RomneyCare and pronouncing himself a Republicans who believed in Climate Change. And he too refused to attack Obama where he was most vulnerable, this time on Benghazi.

When Americans had a choice was between a hardcore liberal Democrat and a milquetoast Republican, a majority picked the Democrat, twice, despite the fact that he was utterly unqualified in both cases. In 2008 he was unqualified because he had never run anything… ever, and in 2012 he was utterly unqualified because in four years of running the government he had gotten literally everything wrong. But a majority of Americans voted for him rather than the GOP milquetoast. 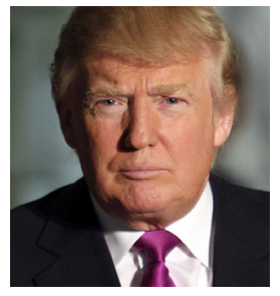 Which brings us to Donald Trump. He may be many things… arrogant, brusque, a crony capitalist and only marginally connected to the GOP… but one thing he is not is milquetoast. Which is why he is now leading the GOP for the nomination. Some Republicans don’t like what he has to say, but they like the fact that he’s saying it and the is willing to stand up and unabashedly fight for his position. He’s like Chris Christy used to be – and just as bad in some ways. When he’s in the ring you know exactly where he stands, and Americans like that.

When Trump said that Mexico was not sending over their best and suggested that many of the people coming over were criminals, he started a firestorm, from every direction, including from Republicans. And of course the media dutifully reported on his comments and promptly lied, and put words in his mouth. While many Republicans may not quite agree with Trump, they sure as hell don’t believe the narrative coming from the Democrats and the White House that every illegal alien in the country is just a poor, formerly destitute angelic youth who is simply seeking a better life for himself. Because that narrative is so counter to the reality Americans see on the news and on the street corner, conservatives are willing to accept some hyperbole if it at least means the issue gets addressed… something the Chamber of Commerce owned GOP establishment is unwilling to do.

Donald Trump may not make it to the finish line. But if he doesn’t, the GOP ignores his message, and style, at its peril. If the GOP establishment produces another milquetoast candidate who’s not willing to articulate and defend conservative positions, particularly those that related to immigration and border security, they will lose. Whether the nominee is Hillary Clinton, Bernie Sanders or some dark horse who’s not even on the radar yet, if the GOP doesn’t give conservatives a candidate who is willing to take the fight to the Democrats in a no holds barred match, they’ll find themselves with the first triple defeat since FDR. And this time they may not find their way back.

Conservatives may not currently have a viable alternative to the GOP, but they do have the choice to sit at home and do nothing. And do nothing they will. After two cycles of being ignored, only to be proven prescient in their prognostications on the disaster of Barack Obama, conservatives have little motivation to engage the enemy again if the fighters on their team aren’t willing to mix it up. Donald Trump may be a flawed candidate, but he’s invigorating the Republican base, something the establishment of the GOP hasn’t done in too many years.
Posted by Imperfect America at 5:01 AM